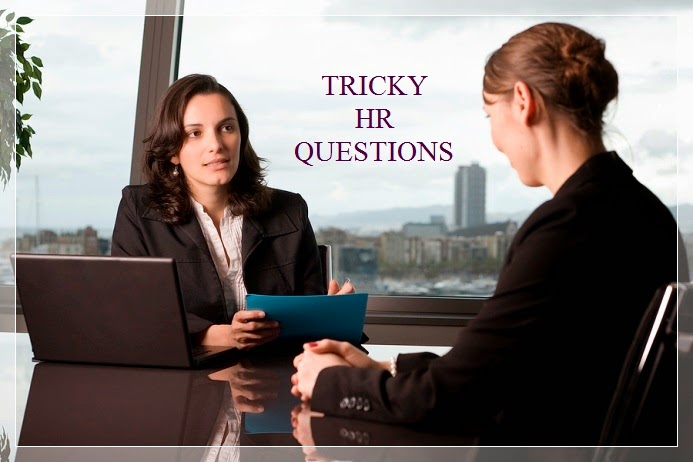 1: Why have you been out of work so long, and how many others were laid off ?
This HR interview question may also be followed by the more direct, “Why were you laid off?” Kennedy says it is an attempt to figure out if there’s something wrong with you that your former company or that other potential employers have already discovered. The HR interviewer may be trying to determine if themes of recession and budget cuts were used to dump second-string employees, including you. Rather than answering the question directly and chancing an emotional response or misinterpretation, Kennedy advises punting. Respond: “I don’t know the reason. I was an excellent employee who gave more than a day’s work for a day’s pay.”

2: If employed, how do you manage time for interviews?
“The real HR interview question is whether you are lying to and short-changing your current employer while looking for other work,” says Kennedy. The interviewer may wonder: If you’re cheating on your current boss, why wouldn’t you later cheat on me? She suggests placing the emphasis on why you’re interested in this position by saying you’re taking personal time and that you only interview for positions that are a terrific match. If further interviews are suggested, Kennedy advises mentioning that the search is confidential and asking to schedule follow-ups outside of normal working hours.

3: How did you prepare for this interview?
The intention of this HR interview question is to decipher how much you really care about the job or if you’re simply going through the motions or winging it. Kennedy says the best way to answer is by
saying, “I very much want this job, and of course researched it starting with the company website.” Beyond explaining how you’ve done your homework, show it. Reveal your knowledge of the industry, company or department by asking informed questions and commenting on recent developments.

4: Do you know anyone who works for us?
This one really is a tricky HR interview question, says Kennedy, because most interviewees expect that knowing someone on the inside is always a good thing. “Nothing beats having a friend deliver your resume to a hiring manager, but that transaction presumes the friend is well thought of in the company,” she says. Because the HR interviewer will likely associate the friend’s characteristics and reputation with your merits, she recommends only mentioning someone by name if you’re certain of their positive standing in the organization.

5: What bugs you about coworkers or bosses?
Don’t fall into this trap HR interview question. Kennedy says you always want to present yourself as
optimistic and action-oriented, and hiring managers may use this question to tease out whether you’ll have trouble working with others or could drag down workplace morale and productivity. “Develop a poor memory for past irritations,” she advises. Reflect for a few seconds, and then say you can’t recall anything in particular. Go on to compliment former bosses for being knowledgeable and fair and commend past coworkers for their ability and attitude. It will reveal your positive outlook and self-control and how you’ll handle the social dynamics in this position.

6: Where would you really like to work?
“The real agenda for this HR interview question is assurance that you aren’t applying to every job opening in sight,” says Kennedy. She advises never mentioning another company by name or another job title because you want to highlight all the reasons you’re perfect for this job and that you’ll give it all of your attention if achieved. A good response would be: “This is where I want to work, and this job is what I want to do.”

7: Can you describe how you solved a work or school problem?
Kennedy says that, really, no one should be too taken aback by this HR interview question, as it’s one of the most basic interview questions and should always be anticipated. However, all too often interviewees either can’t come up with something on the spot or miss the opportunity to highlight their best skills and attributes. Kennedy says what the HR interviewer really wants is insight into how your mind works. Have an answer ready, like how you solved time management issues in order to take on a special assignment or complicated project that showcases an achievement.

8: Can you describe a work or school instance in which you messed up?
This HR interview question is a minefield. “One question within the question is whether you learn from your mistakes or keep repeating the same errors,” says Kennedy. Similarly, the HR interviewer
may be trying to glean whether you’re too self-important or not self-aware enough to take responsibility for your failings. Perhaps even more problematic, if you answer this HR Interview question by providing a list of all your negative traits or major misdeeds, then you’re practically spelling out your insecurities and guaranteeing you won’t get the job. So you don’t want to skirt the question or make yourself look bad.“Briefly mention a single small, well-intentioned goof and follow up with an important lesson learned from the experience,” she advises.

9: How does this position compare with others you’re applying for?
“The intent of this HR interview question is to gather intel on the competitive job market or get a handle on what it will take to bring you on board,” says Kennedy. There are two directions to take: Coy or calculated. “You can choose a generic strategy and say you don’t interview and tell, and respect the privacy of any organization where you interview,” she notes. Or you could try to make yourself appear in demand by confirming you’ve received another competitive offer, which may up the bidding for your services. Always bring the focus back to this position, by asking: “Have I found my destination here?”

10: If you won the lottery, would you still work?
Admittedly, this HR interview question is a little silly. Even so, it’s another opportunity to underscore your motivation and work ethic. Kennedy advises acknowledging that you’d be thrilled to win the lottery but would still look for meaningful work because meeting challenges and achieving make you happy. And say it with a straight face.If at any point in a HR interview you’re uncertain or caught off guard, don’t panic, Kennedy warns. Deflect a HR question by saying you’d like to mull it over and come back to it, or by being honest that you don’t know the answer and, as a careful worker, would prefer not to guess. “If you’ve otherwise done a good job of answering HR Interview questions and confidently explained why you’re a great match for the position,” she says, “the HR interviewer probably won’t consider your lack of specifics on a single topic to be a deal breaker.”