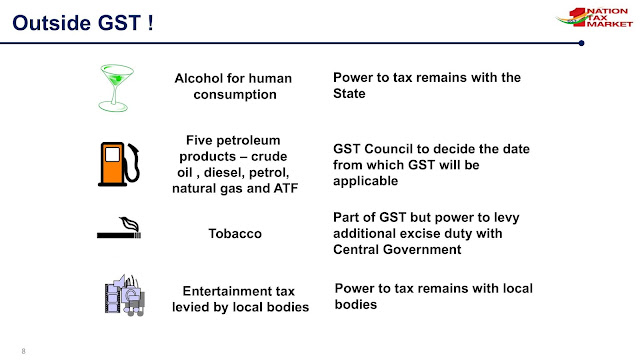 Alcohol for human consumption:
Power to tax remains with the State.

Five petroleum products ( crude oil, diesel, petrol, natural gas and ATF):
GST Council to decide the date from which GST will be applicable

In its 28th meeting held in New Delhi on 21.07.2018, the GST Council recommended certain amendments in the CGST Act, IGST Act, UTGST Act and the GST (Compensation to States) Act. The major recommendations are :


These amendments will now be placed before the Parliament and the legislature of State and Union territories with legislatures for carrying out the amendments in the respective GST Acts.

GST Council in its 28th meeting held on 21.07.2018 in New Delhi, also approved the new return formats and associated changes in the law. The main features of the new return filing format are the following:

Main Features of the GST Act

Posted by Accounting & Taxation at 8:22 PM