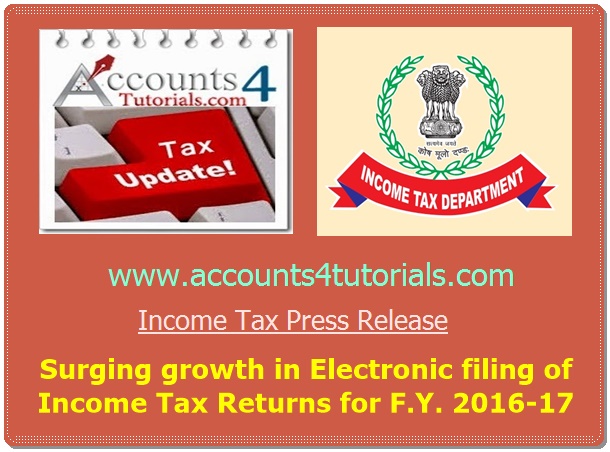 The facility of e-verification of IT returns has been used by over 75.3 Lakh taxpayers till

5th August, 2016 as compared to 32.95 Lakh taxpayers last year till 7th September 2015. Of these Aadhar based E- verification was used by 17.68 lakh taxpayers during the current year as against 10.41 lakh taxpayers during the same period in 2015-16. In addition to these, 3.32 Lakh returns were digitally signed. Thus, over 35% of taxpayers have already completed the entire process of Return submission electronically. The Department encourages all taxpayers who have submitted their ITRs to use the e-verification as an easy alternative to sending their ITR-V form to CPC, Bengaluru.

The Department is committed to cSontinuous improvement of taxpayer services and seeks the cooperation of all taxpayers in contributing their fair share of taxes voluntarily.