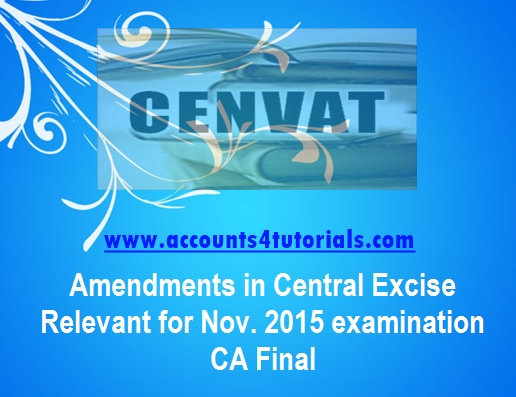 CENVAT Credit
after meeting the conditions prescribed in these rules. The limitation period of 6 months applies

only when the credit is taken for the first time on an eligible document.
General Procedures Under Central Excise