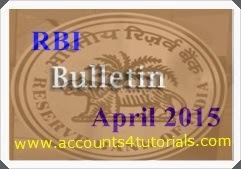 This article presents the financial performance of select 4,388 non-government non-financial (NGNF) public limited companies for the financial year 2013-14 based on their audited annual accounts during the period April 2013 to March 2014.

Posted by Accounting & Taxation at 7:42 PM