> CCF (Credit Carried Forward) of CENVAT/VAT in the last return can be claimed as a credit under GST.
(VAT – ECL  of state tax and CENVAt – ECL of central tax)

> GST TRAN-I shall be filed within 90 days

> For claiming CCF in vat, relatable to CST transactions

> Value of CSST transactions i.e., CST sales, branch transfers, deemed exports shall be given with form number.
> in case forms not received-credit shall be reduced to the extent of balance tax.

> If forms are submitted later refund can be claimed later. 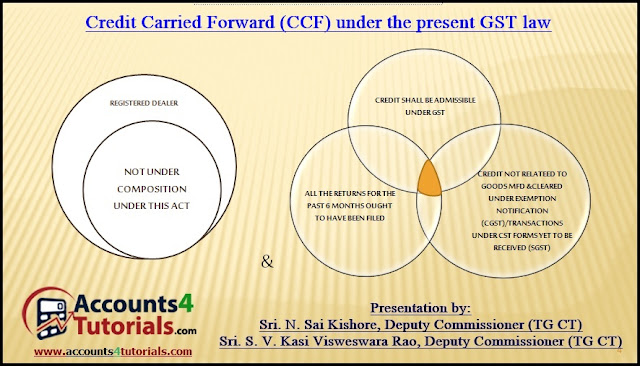 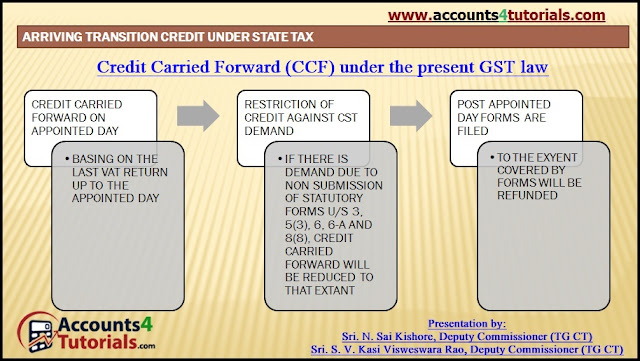 > Un-Utilized CENVAT Credit on Capital Goods can be utilized as ITC under GST. 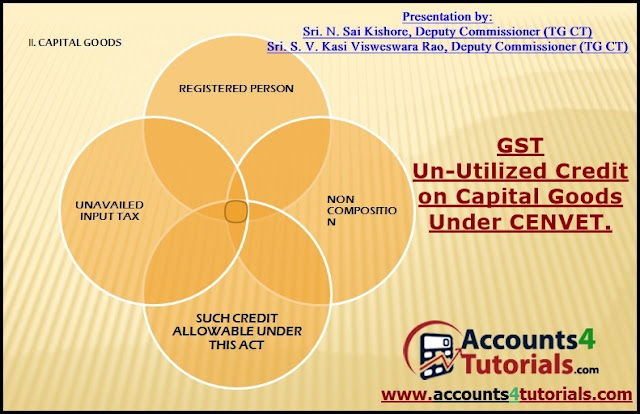 Tax paid on stocks can be taken as Credit in GST, If in Possession of Invoice with tax details:

Stock of goods on which credit is availed can be identified by the registered person.


CENVAT / VAT Paid on Stocks can be taken as credit in GST if NOT in Possession of Invoice with tax details:

Credit shall be given after GST is paid at following rates and utilized within 6 tax periods. 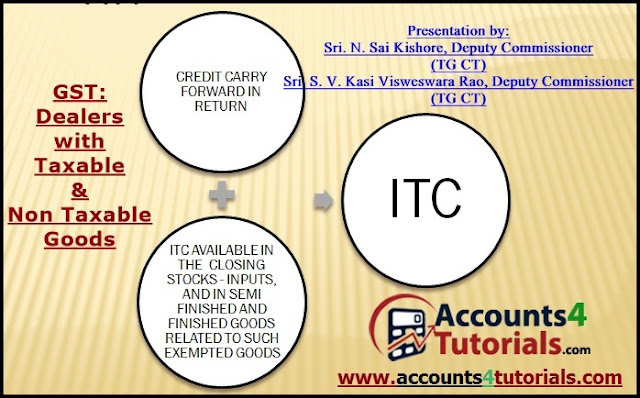 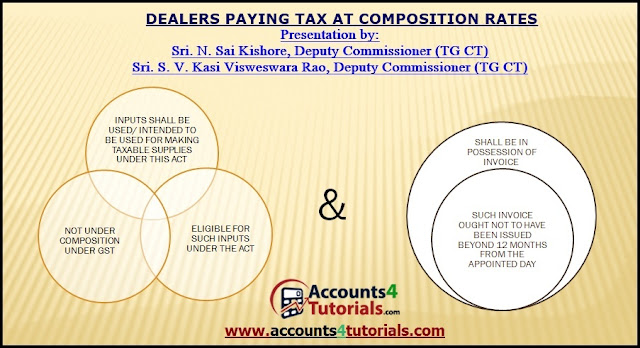 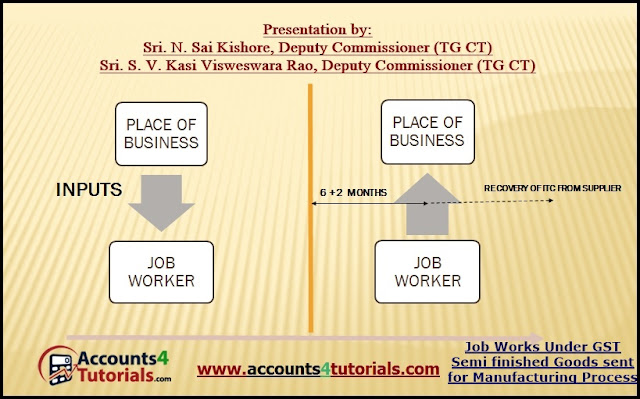 
> ITC to be Recovered, If Goods not returned in time 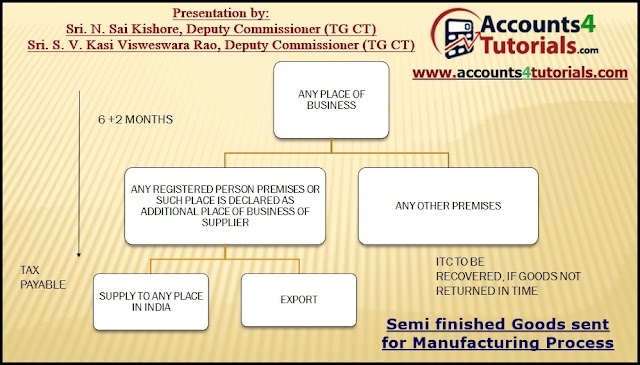 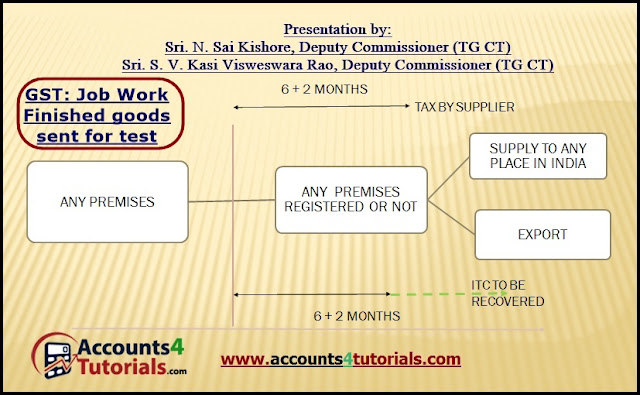 The above 3 conditions will be applicable only if

A) Person dispatching the goods & the job worker both
Provide details of such inputs, on appointed day as prescribed 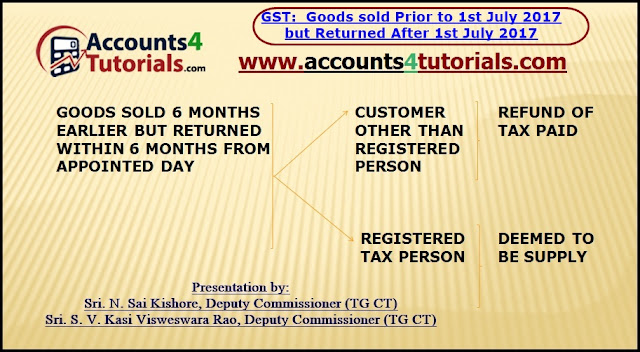 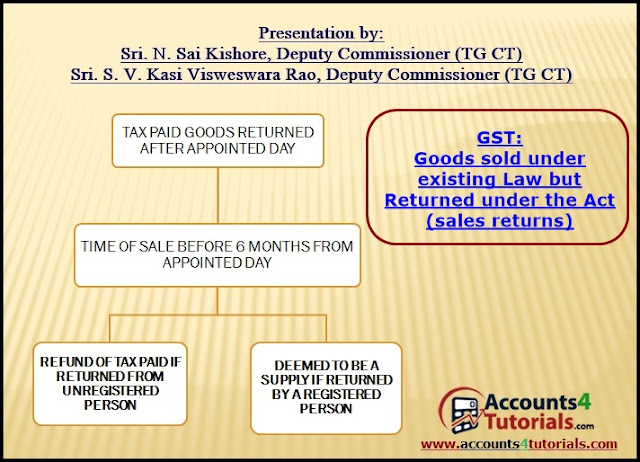 
> Debit note / credit note issued for price revision of an earlier contract shall be treated as issued as if in respect of supply under GST.

> If such goods are rejected and returned within 6 months from appointed day then no tax shall be payable under GST.