As we all know, it is mandatory to comply with Companies Act, 2013 from financial year 2015-16. To comply with an Act, is not only to comply with its sections and their provisions but also with the schedules included therein.

In the same manner, the new Companies Act has 7 schedules. Schedule II to Companies Act, 2013 deals with “Calculation of Depreciation based on Useful life of Assets”

In this paper, we will deal with the “Practical Approach” of how to:

1.Changeover from old schedule XIV to new schedule II. (Transitional Provisions)
2.Deal with AS6 and Schedule II of Companies Act, 2013.

This paper includes the following objectives:

Provided that where a company adopts a useful life different from what is specified in the schedule or uses a residual value different from the limit specified above, the financial statements shall disclose such difference and provide justification in this behalf duly supported by technical evidence. *In addition, Schedule II requires disclosure of justification only in case residual value exceeds 5% of the cost (Gross Block). 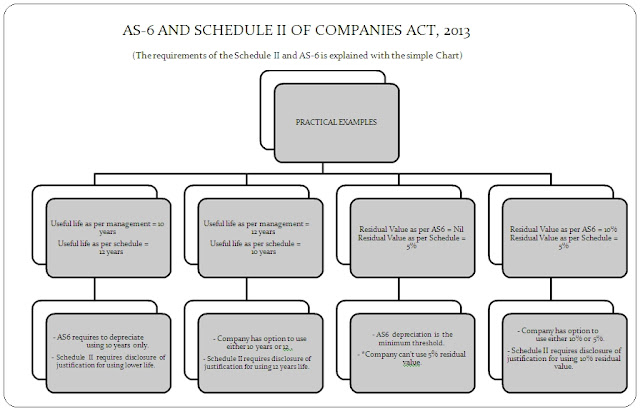 As AS-6 states where the management’s estimates of the useful life of an asset of the enterprise is shorter than that envisaged under the provisions of the relevant statue, the depreciation provision is appropriately computed by applying a higher rate, if the management estimate of the useful life of the Asset is longer than that envisaged by the statue can be applied only in accordance with the requirements of the statue.

2.Now, go as back as you can in your records and find out the purchase date and amount of these individual assets. Take 5% of that Gross amount (with additions) at 1st April, 2016 as Residual Value.
In our e.g. 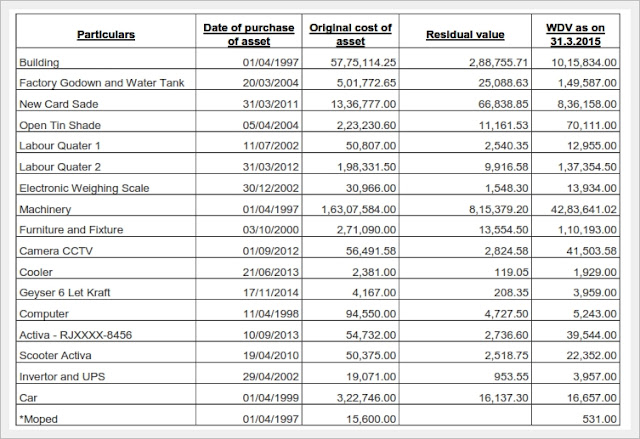 3.Figure out the useful life of individual assets from Part C of Schedule II to Companies Act, 2013 and then compare that life’s with actual lives spent by the asset.
In our e.g. 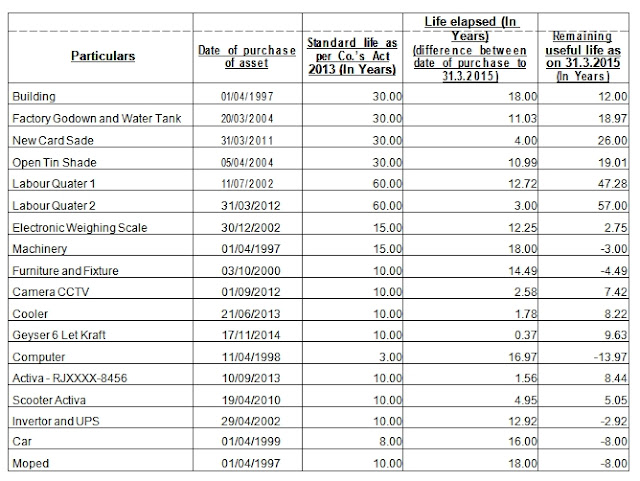 4. Calculate a new rate of depreciation based on the remaining life of the asset with the help of this formula –

5.Finally, compute the depreciation for the year on the opening W.D.V (carrying amount) of the asset, which has remaining useful life, at the rate of depreciation calculated as above.

6.Where the remaining useful of an asset is NIL (or comes in minus), the carrying amount of such an asset, after retaining the residual value, may be recognized in the opening balance of retained earnings or may be charged off to Statement of Profit and Loss. 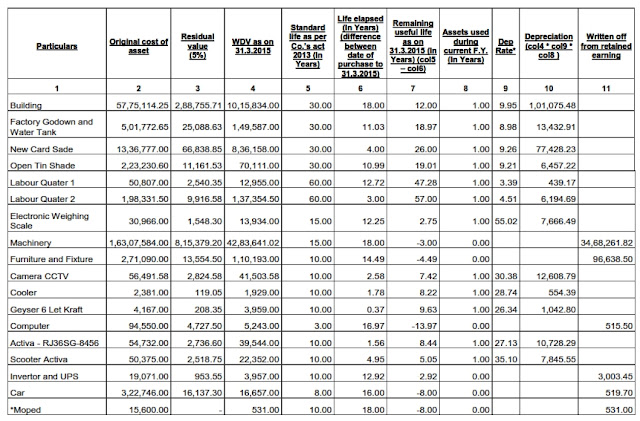 Note 1:- The above application is fairly simple if the company uses straight line method (SLM) of depreciation and the asset will be depreciated equally over the new remaining useful life of the asset determined as per schedule II.

Note 3:- If there is any addition made in the form of new asset in any block of asset, it will be treated as an individual asset and depreciated over its useful life as per Schedule II at rate of depreciation calculated under the method employed. Any deduction or sale of asset will be reduced or removed from the block and depreciation will be calculated over the remaining carrying amount of the asset.

Note 4:- Depreciation is not calculated on land because Land is not a depreciable asset. (A.S. – 6)

SPECIAL THANKS
Students’ Guide To Accounting Standards
By D.S. Rawat
Posted by Accounting & Taxation at 5:45 PM