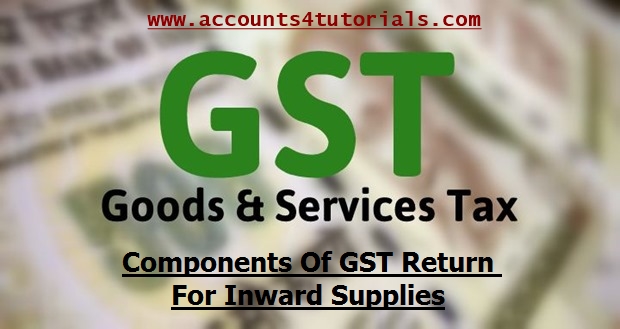 1. Name along with GSTIN

2. Period to which the Return pertains

4. The information submitted by the Counterparty Supplier in GSTR-1 will be auto populated in the concerned tables of GSTR-2. The same may be modified by the taxpayer while filing GSTR-2.
5. Final invoice-level supply information separately for goods and services as follows:
6. The inward supplies would be auto-populated in the ITC ledger on submission of return.
7. There will be separate tables for:
8. For capturing details of capital goods, there will be a field for availment of ITC over a period from the date of accounting of capital goods in the books of accounts.
9. In respect of inputs, there can be two situations:
10.
The return (GSTR-2) would be filed by 15th of the succeeding month

Thanking you
JAV & ASSOCIATES
Chartered Accountants
chatterjee@yahoo.co.in;
Posted by Accounting & Taxation at 1:31 AM