BRIEF: If the department fails to substantiate allegations with authentic evidences & further fails to object during import involving mis-declaration of country of origin by the assessee, re-opening of assessment of the relevant year is not possible.

OUR COMMENTS: In the above case, the Ho le Supreme Court held that revenue imposed the demand of duty by relying upon the statements of Mr. K.M.Puri & unauthenticated trade declaration copies produced by him, which were unreliable. Further, no material was produced by the department indicating payment by importer assessee based on alleged invoice showing higher amounts. Further, the revenue imposed redemption fine on the grounds of mis-declaration of country of origin as USA instead of Australia by the assessee, but such fine was set aside by tribunal by giving findings that declaration of country of origin were to be made by supplier/exporter. If goods bore Australia marking, Appraising Officers of Department should have objected at time of import. Since, no objection was raised at time of import; assessments cannot be reopened for valuation under guise of mis-declaration of country of origin. In spite of serious allegation, no cogent material was available to substantiate such allegations, which was result of shoddy and slip shod investigation. Since, the matter pertains to year 1997, remitting the matter back would be futile. Thus, appeal is dismissed as no question of law involved.[Decided against Revenue]

OUR COMMENTS: The CBEC (Dept. of Revenue), Ministry of Finance, Government of India, in supersession of the Notification No. 81/2015-Customs (N.T.) dated 20th August, 2015, vide Notification No. 84/2015-Customs (N.T.) dated 3rd September, 2015 has determined the exchange rate of conversion of each of the foreign currencies specified in column (2) of each of Schedule I and Schedule II annexed hereto, into Indian currency or vice versa w.e.f. 4th September, 2015 as follows:- 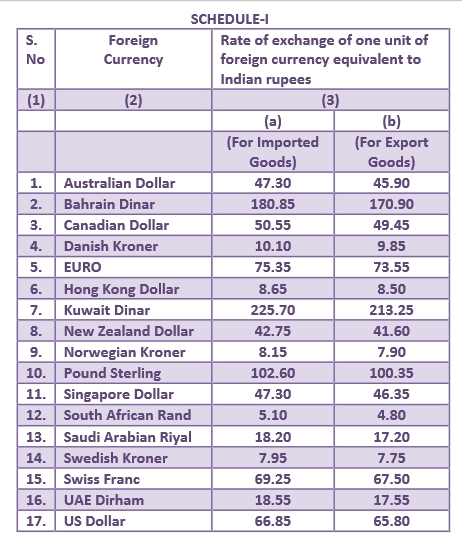 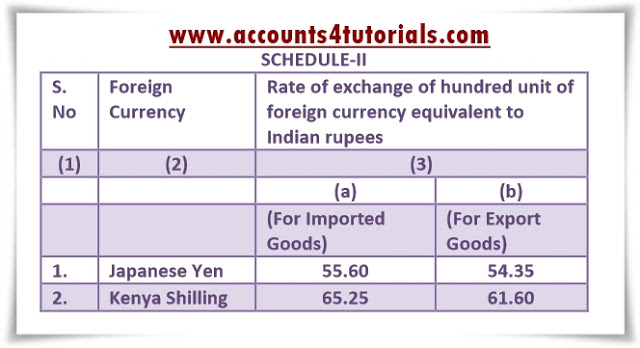 In the said notification, in the Table, against Sl no 10 relating to the State of Rajasthan, after item (viii) and the entries relating thereto, in columns (3) and (4), the following item and the entries shall respectively be inserted, namely-

Posted by Accounting & Taxation at 2:46 AM