Home Income Tax Updates No extension of due date for Tax Audit Returns for A.Y: 2015-16. 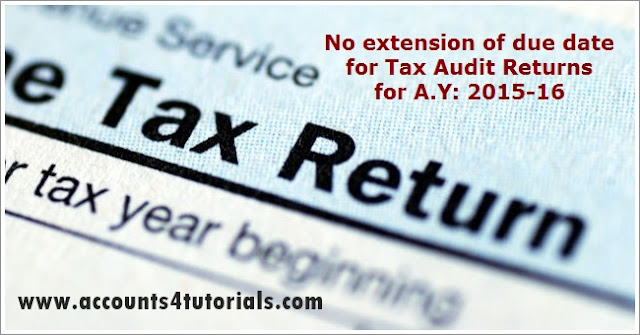 Circulation of Fake order for extension of due date for filing of Audit report and return of Income for Assessment Year 2015-16- regarding.

It has been brought to the notice of the Government that a fake order dated 26th September 2015 supposedly under section 119 of the Income-tax Act 1961 under the signature of one Upmanyu Reddy, Under Secretary to the Government of India is in circulation. The fake order extends the due date for filing of audit report under section 119 of the Income-tax Act to 15 October 2015.

It is clarified the order is fraudulent. The Government has not extended the due date for filing of returns and audit report due by 30th September 2015. Tax payer and practitioners are advised not to give any credence to the fraudulent order purportedly signed by one Upmanyu Reddy.