Related Party has been explained under section 2(76) of the Companies Act, 2013 which includes:-
*Companies 1st (Removal of Difficulties) Order, 2014 word  “OR” replaced with word “AND”

The following person, with reference to a company as defined under Rule 3 of the Companies (Specification of Definitions of Details), Rules, 2014, shall also be deemed to be related party:
WHO ARE RELATIVES ? 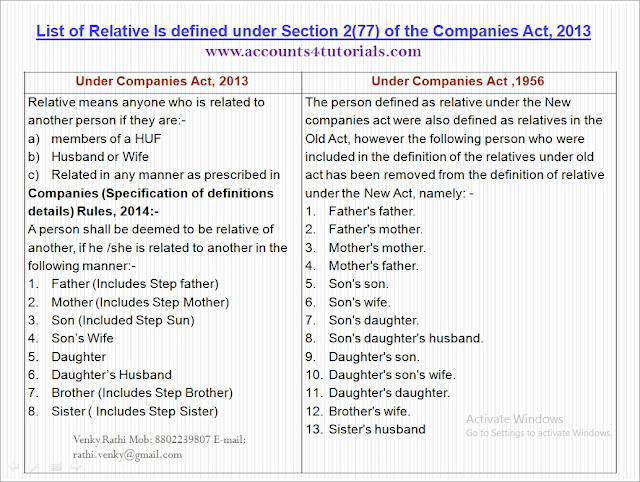 Concept of Related party widened
Under the 1956 Act, restriction applied only to transaction with specified person/parties, namely: -
In contrast, section 188 of Companies Act, 2013 covers all the persons covered in the definition of the term, “Related Party”. 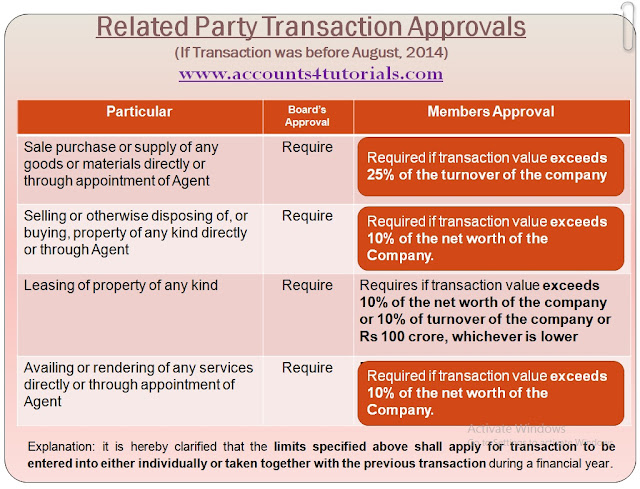 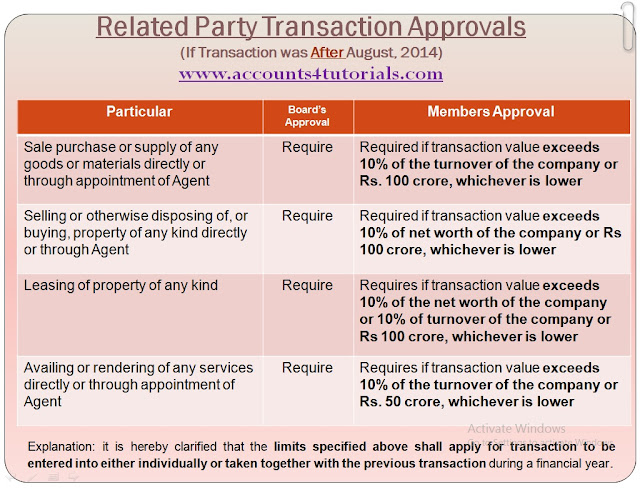 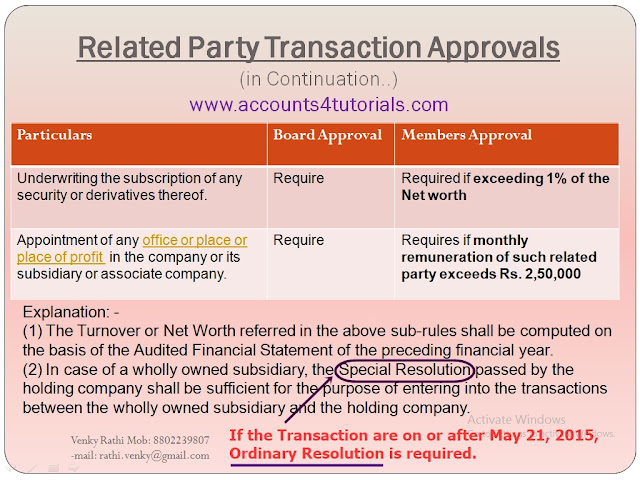 Proviso to the Scope of related Parties 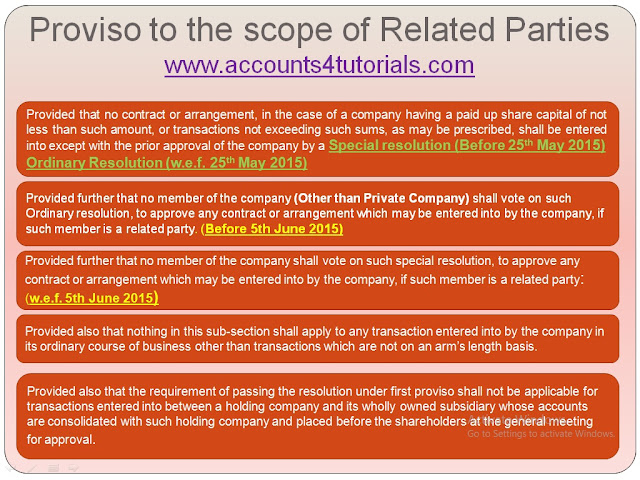 (a)With a body corporate in which such director or in association with any other director holds more than 2% shareholding of that body corporate OR is a promoter, manager, CEO of that body corporate OR
(b)With a firm or other entity in which, such director is a partner, owner or member, as the case may be, Shall disclose the nature of his concern or interest at the meeting of the Board in which such contract is discussed and shall not participate in such meeting. [Section 184(2)]
Contract Voidable if approval of Board / Member is not taken
When a director or any employee enters into any contract, without obtaining the consent of BOD or approval by Special Resolution and if it is not ratified by the Boards/Shareholders within 3 months from the date on which such contract was entered into, such contract shall be voidable at the option of the Board. If the contract or arrangement is with a related party to any other director, or is authorized by any other director, the director concerned shall indemnify the company against loss incurred by it. [Section 188(3)]

Penalty
It shall be open to the company to proceed against a director or any other employee who had entered into contract or arrangement in contravention of the provisions of this section for recovery of any loss sustained by it as a result of such contract or arrangement. [Section 188(4)]
Any Director or an employee who had entered into or authorized the contract or arrangement with a related party in violation of the provisions of this section shall be punishable:-
Associate Company
Company in which another company has a significant influence, but which is not a subsidiary company.
Note: Significant Influence means control of at least 20% of Total Share Capital or of business decision.
Key Features:
Holding Company
Holding company means a company which : -
Subsidiary Company
Subsidiary company, in relation to any other company(that is to say Holding company), means a company in which the holding company :-
OR
Approval of Audit Committee (u/s 177)
Applicability of Audit Committee:
Following companies are required to constitute an Audit committee: -
Requirement: -
As per the provisions of section 177(4)(iv), every Related party transactions and subsequent modification in any previous transaction will require prior approval of Audit Committee.

Details of Related party transactions to be filed with ROC