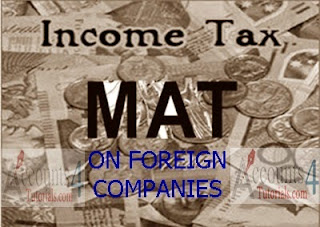 Finance  Minister  has,  while  responding  to  the  discussions on the Finance  Bill  in  Rajya Sabha on 7th May, 2015 announced constitution of a Committee  headed by  Justice A.P. Shah to look into, inter alia, the issue of MAT on FIIs. The Committee is expected to give  its report on this issue expeditiously.

In the light of FM’s announcement,officers dealing with International Taxes have been advised that no coercive action be taken for recovery of demand already raised by invoking provisions of MAT in the cases for foreign companies. Issues of fresh notices for reopening of cases as also completion of assessment should also be put on hold unless the case is getting barred by limitation.
Posted by Accounting & Taxation at 5:43 PM