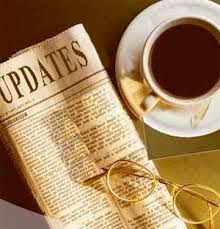 Auditor Obligations on Internal Financial Controls: A new Rule 10A has been inserted in the Companies (Audit and Auditors) Rules, 2014 in the context of Section 143(3)(i), to make it obligatory for the auditor to make a statement about existence of adequate internal financial controls system and its operating effectiveness for the financial years commencing on or after 01.04.2015. For financial year commencing on or after 01.04.2014 and ending before 31.03.2015, inclusion of such a statement has been made voluntary (Notification G.S.R. 722(E) dated 14.10.2014).

Election of Director in Not-For-Profit Companies: A person contesting for directorship in a company incorporated under Section 8 of the Companies Act, 2013 (corresponding to section 25 of Companies Act, 1956) is required to deposit a sum of rupees one lakh as per Section 160(1) of the Companies Act, 2013. However, the law is silent on the mode of disposal of such money if the person fails to secure more than twenty five per cent of the total valid votes. The Ministry has clarified vide General Circular No. 38/2014 dated 14.10.2014 that in such cases, the Board of Directors is empowered to decide as to whether such a deposit is to be forfeited or refunded.

Consolidation of Accounts: For consolidation of accounts, two exceptions have been carved out of Rule 6 of the Companies (Accounts) Rules, 2014 (Notification G.S.R.723(E) dated 14.10.2014) . An intermediate wholly-owned subsidiary, other than a wholly-owned subsidiary whose immediate parent is a company incorporated outside India, is exempted in respect of preparation of consolidated financial statement. A company having no subsidiaries but only having associate company(ies) and/or joint venture(s) is exempted from consolidation of financial statement in in respect of associate company(ies) and/or joint venture(s) for the financial year commencing on or after 01.04.2014 and ending before 31.03.2015. It is also clarified vide General Circular No. 39/2014 dated 15.10.2014 that while preparing notes in Consolidated Financial Statement (CFS) under Schedule III to the Companies Act,2013,the company would need to give all disclosures relevant for CFS only and not provide a mere repetition of the disclosures made by it under stand-alone accounts

Partnership of Trustee in LLP: In response to queries raised in this regard, the Ministry of Corporate Affairs has clarified, in consultation with the Law Ministry, that it is permissible for a trust or a trustee resenting a trust in the case of “Real Estate Investment Trust” (REIT) or “Infrastructure Investment Trust” (InvITs) or such other trusts set up under SEBI regulations, to become a Partner in an LLP. It is clarified Vide General Circular No. 37/2014 that such a trustee can hold partnership in an LLP in its name without the addition of the statement that it is a Trustee.
Posted by Accounting & Taxation at 7:47 PM