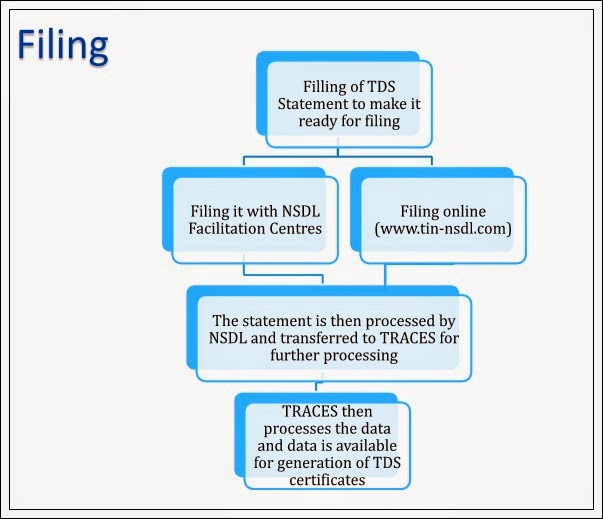 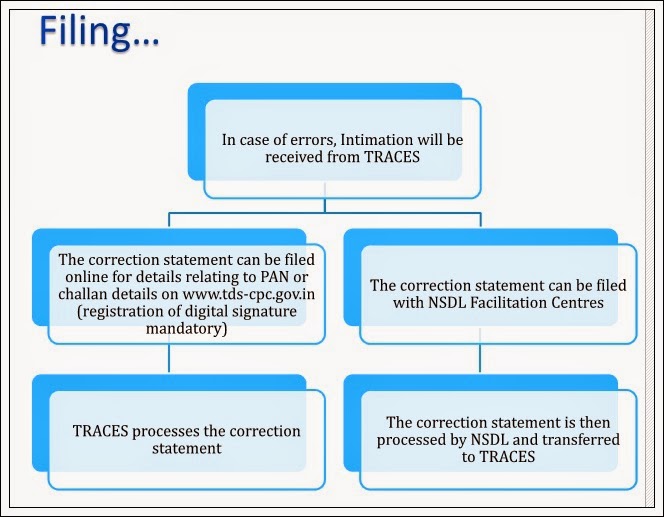 Default Notices
What to Do:
Excess payment in challan

Adjusting challan across different quarter
Refund of Tax deposited would be the course of action when:
Refund  can  be  requested  online.  However  the  process  requires  a Digital Signature Certificate (DSC)

The changes can be made by banks, subject to following conditions:
Important Sections 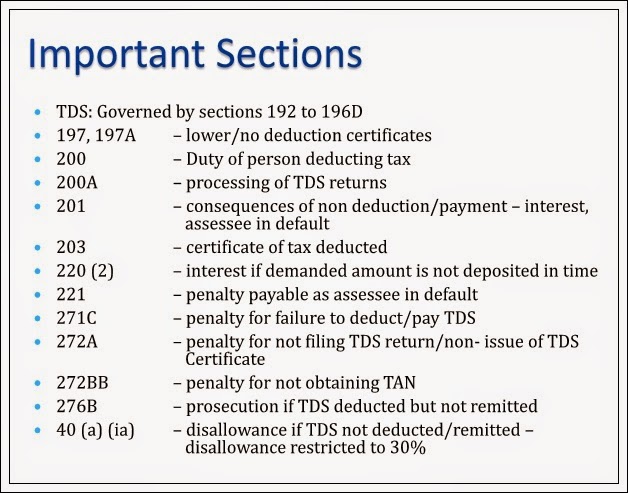 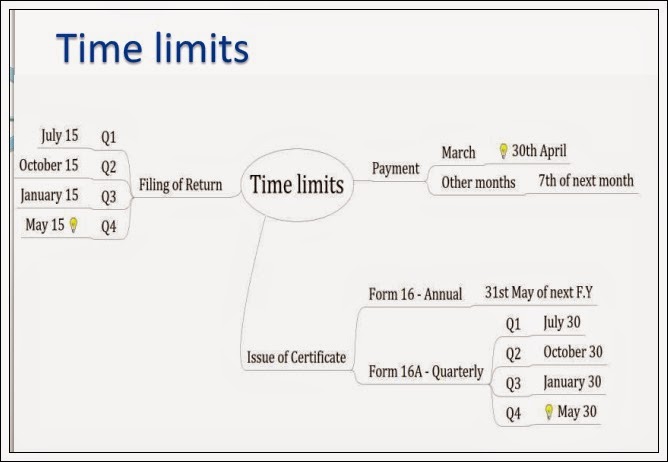 Deemed to be Assesse in default

Payment to resident
He furnished return of income u/s 139
Has taken into account such amount
Has paid tax on declared income
Furnishes certificate from CA in form no. 26A 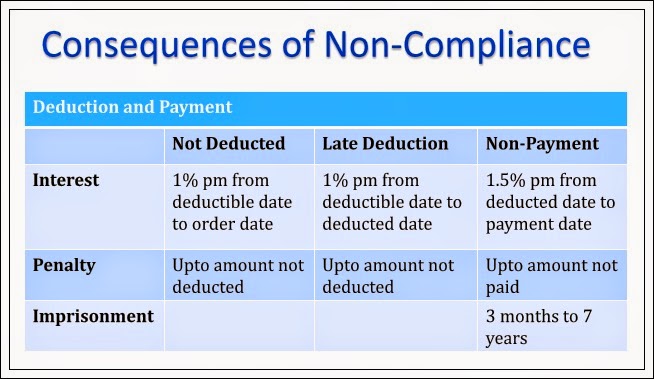 In both cases,  the courts have granted a stay on the recovery of fees charged u/s. 234E

Other Penalties/interest
Declaration for non-filing of TDS Return 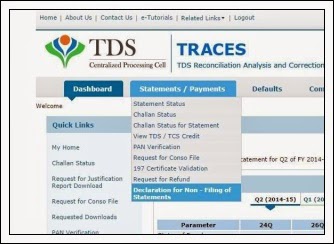 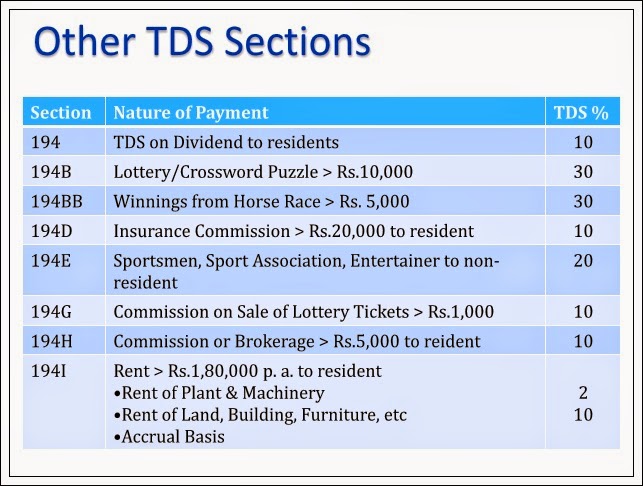 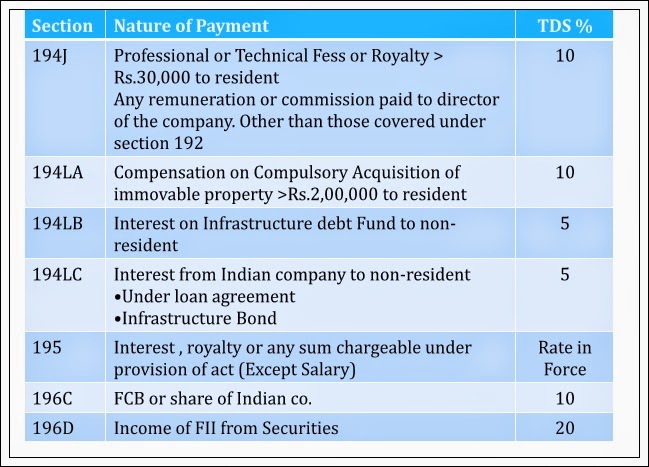 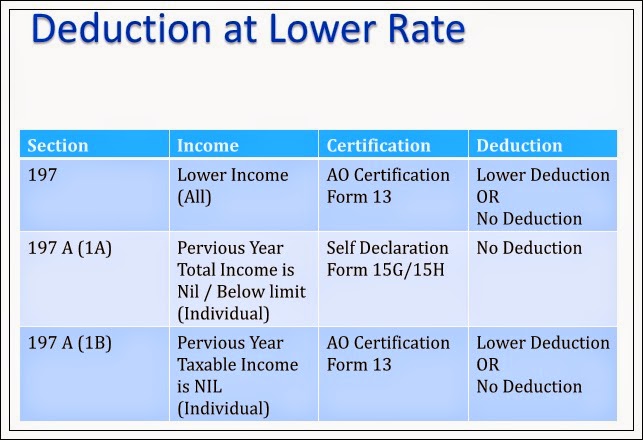 Posted by Accounting & Taxation at 9:01 PM