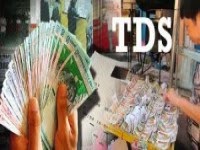 [A] Mandatory Filing of TDS Statements

A. Form No. 27Q in respect of the deductee who is a non-resident not being a company or a foreign company or resident but not ordinarily resident ; and

B. Form No. 26Q in respect of all other deductees.

It is, therefore advised to file the applicable TDS Statements at the earliest to comply with the above provisions.

[B] Implications of Non or late filing of TDS statements

1. For Tax payers:  Non/Late filing of TDS Statements results into the TDS Credit not being available to the deductees(employees/vendors) for claiming the amount of tax already deducted from the payments made to them besides generating correct TDS Certificates for them.

2. For Deductors : In case of default on account of Non/late filing of TDS Statements, a fee shall also be levied on the deductor u/s 234E of IT Act which reads as under:

Where a person fails to deliver or cause to be delivered a statement within the time prescribed in section 200(3) or section 206C(3), he shall be liable to pay, by way of fee, a sum of Rs.200/- for every day during which the failure continues.

In view of above circulars, it may kindly be noted that the TDS Certificates downloaded only from TRACES Portal will be valid.

You are accordingly advised to file TDS Statements and also get Registered on TRACES Portal, if not done already.

(1) Without prejudice to the provisions of the Act, where a person fails to deliver or cause to be delivered a statement within the time prescribed in sub-section (3) of section 200 or the proviso to sub-section (3) of section 206C, he shall be liable to pay, by way of fee, a sum of two hundred rupees for every day during which the failure continues.

(2) The amount of fee referred to in sub-section (1) shall not exceed the amount of tax deductible or collectible, as the case may be.

(1) Without prejudice to the provisions of the Act, a person shall be liable to pay penalty, if, he—

(2) The penalty referred to in sub-section (1) shall be a sum which shall not be less than ten thousand rupees but which may extend to one lakh rupees.

(3) Notwithstanding anything contained in the foregoing provisions of this section, no penalty shall be levied for the failure referred to in clause (a) of sub-section (1), if the person proves that after paying tax deducted or collected along with the fee and interest, if any, to the credit of the Central Government, he had delivered or cause to be delivered the statements before the expiry of a period of one year from the time prescribed for delivering or causing to be delivered such statement.

A new penalty provision has been inserted as section 271H which provides that a deductor shall pay penalty of minimum Rs 10,000 to Rs 1 lakh for not filing the TDS statement within one year from the specified date within which he was supposed to file the statement. This amendment is also effective from 1st July 2012.

Thus, if the present due time for filing TDS statement is taken, the time up to which the penalty u/s 271H cannot be imposed are explained for any tax deduction for FY 2012-13

At the time of preparing statements of tax deducted, the deductor is required to mandatorily quote:

(i)  his tax deduction and collection account number (TAN) in the statement;

(ii) his permanent account number (PAN) in the statement except in the case where the deductor is an office of the Government( including State Government). In case of Government deductors “PANNOTREQD” to be quoted in the e-TDS statement;

(iii) the permanent account number PAN of all deductees;

(v) furnish particular of amounts paid or credited on which tax was not deducted in view of the issue of certificate of no deduction of tax u/s 197 by the assessing officer of the payee.

Board  in the letter dated 5.8.2008 vide No.275/24/2007-IT(B) has clarified that penalty of Rs. 10,000/- under Section 272B is linked to the person, i.e., the deductor who is responsible to deduct TDS, and not to the number of defaults regarding the PAN quoted in the TDS return. Therefore, regardless of the number of defaults in each return, maximum penalty of Rs. 10,000/- can be imposed on the deductor per default/per return.