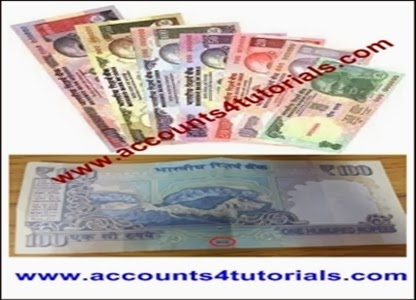 Reserve Bank of India Governor Raghuram Rajan said the withdrawal of pre-2005 notes is not intended to check black money but to prevent counterfeiting.

"It is not intended to get at black money, tax evasion etc. I am not saying those are good things. This is technical action, in order to withdraw notes which have fewer security features than new notes," Rajan said in a media briefing after announcement of third quarter monetary policy review.

It is an attempt to reduce the possibility of counterfeiting and give more reliable notes at the hands of the public, he said.

"Of course we want to minimise any inconvenience (to the) public...so this process (of withdrawal) would be much smooth.

This particular currency withdrawal is meant at something else," he added.

Last week, RBI had said that after March 31, 2014, it will completely withdraw from circulation all bank notes issued prior to 2005. From April 1, 2014, the public will be required to approach banks for exchanging these notes.

The RBI had also said the volume of such notes that were being withdrawn from circulation was not significant.

Notes will continue to be withdrawn, he said, adding, it is a part of a technical process which will continue in the future also.

"I have no doubt today's note will be withdrawn at some point. Many of them are destroyed in the process of use itself. We

have clean note policy, if anything is written on note we take it out of circulation," he said.
----------
Reserve Bank of India has said that all currency notes issued before 2005 will be withdrawn from circulation - a move that is expected to check fakes and at the same time cause consternation among those dealing in cash. Although the central bank has desisted from declassifying these notes as legal tender there is fear that a logical conclusion would be to take these notes completely out of circulation.

In terms of the timeline set out by the central bank, from April 2014 all banks will accept and exchange pre-2005 notes. These can easily be identified by the absence of year of printing at the reverse of the note. Sources said that the maximum number of fake currencies have been in the pre-2005 series. From July 2014, to exchange more than 10 pieces of Rs 500 and Rs 1000 notes, non-customers will have to furnish identity and address proof to the bank branch.

"After March 31, 2014, it (RBI) will completely withdraw from circulation all bank notes issued prior to 2005. From April 1, 2014, the public will be required to approach banks for exchanging these notes," the RBI said in a statement.

Asking people not to panic and cooperate in the withdrawal process, the Reserve Bank of India (RBI) said old notes will continue to be legal and can be exchanged in any bank after April 1."From April 1, 2014, the public will be required to approach banks for exchanging these notes. Banks will provide exchange facility for these notes until further communication," the RBI said.From July 1, 2014, persons seeking exchange of more than 10 pieces of Rs 500 and Rs 1,000 notes will have to furnish proof of identity and residence to the bank.

Although the RBI did not give any reason for withdrawal of pre-2005 currency notes, the move is expected to unearth black money held in cash.As the new currency notes have added security features, they would help in curbing the menace of fake currency. At present, currency notes in denominations of Rs 5, Rs 10, Rs 20, Rs 50, Rs 100, Rs 500 and Rs 1,000 are issued.
Posted by Accounting & Taxation at 10:03 PM