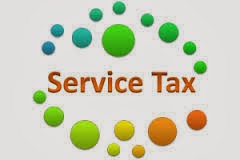 Cenvat Credit Rules prior to 1.4.11 specifically allowed for marketing and sale promotion as eligible. In addition the activities relating to business was also allowed. Post April 2011 the activities relating to business was dropped however the specific activity of sales promotion was continued to be included in the definition. Several decisions including Ambika Overseas [ 2012(25) STR 348 (P&H) affirmed this position. Further the CBEC Circular 943/4/2011 dt 29.4.11 issued in Sl.No 5 clarifies that inspite of the “activities relating to business” being omitted as far as dutiable goods are concerned as the same is specifically set out and provisions to be read harmoniously, the eligibility remains clear. Notification 18/09 of 7.7.09 followed by Not. 42/12 of 29.6.12 allow commission upto 10% of FOB value of exports to be paid and not subjected to service tax under reverse charge and the balance eligible for refund.

The dispute got some support in the decision of Cadilla health Care [ 2013(30)STR 3 (Guj) wherein this position was questioned. It unsettled to some extent the settled position of law that the sales commission was clearly eligible as an activity preceding sales. However now a days at times the audit officers seek to deny the same alleging that it is a post removal expense relying on this judgment. However it is important to note that in this decision no evidence was led that any sales promotion activity was involved.  It appears now that the commission on selling goods is in a slightly better position than that for services as far as eligibility is concerned.

Therefore to avoid disputes in this regard the scope of the activities for which sales commission is paid is to be made clear in the agreements focusing on the fact that many activities are for long term – advertisement, road shows, business exhibitions, sponsorships … as well as shorter term measures of identifying customers, negotiating with them, increasing sales by collecting orders etc. The nexus and pre removal activities now require to be explicit instead of implicit to avoid demands in this regard.

By Madhukar N Hiregange
Posted by Accounting & Taxation at 12:42 AM