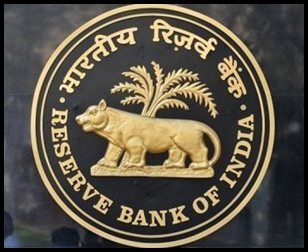 The banking system's slippage to recovery and upgradation ratio has shot up to 257 as of March 2013 from 217 in March 2011 as banks have failed to implement efficient and speedy measures for recovering stressed assets, according to the Reserve Bank.

This increase in the slippages ratio was a tad above March 2012 when the slippage to recovery and upgradation ratio stood at 255.9.

"The extent to which banks are able to reduce NPAs through recovery efforts is deteriorating, which is evident by the increasing ratio of slippages to recovery and upgradation," RBI deputy governor KC Chakrabarty told the annual banking event over the weekend.

The average slippages to recovery and upgradation ratio for public sector banks during the six-year period of 2007-13 stood at 220.6 as against 211.3 in the comparable period (2001-06) earlier, he said.

Chakrabarty, however, said the write-offs have contributed significantly in reducing NPAs.

"In the aftermath of the 2008 crisis, the slippage ratios rose, especially for foreign banks and new private sector banks," the deputy governor said.

According to the latest data, as of the September quarter, net bad loans of 40 listed banks soared 38 per cent to Rs 1.3 trillion.

"The net bad assets of the 40 listed banks have jumped 38 per cent to Rs 1,28,533 crore during the first half of this fiscal, from Rs 93,109 crore at the end of the last fiscal, and is likely to be Rs 1.5 lakh crore by the end of the fiscal," according to the data collected by NPAsource.com.

Out of the total 40 listed banks, 14 banks have reported more than 50 per cent jump in their net NPAs during these six months, the study said.

"The share of top 10 banks in net NPAs has come down to 67.8 per cent in September from 70 per cent in March 2013. Net NPAs of seven banks were higher than 3.5 per cent at the September quarter as against none at the March quarter," it said.

According to the study, gross NPAs of listed banks have doubled since September 2011, while net NPAs have risen by 140 per cent during the same period.

During the second quarter, top public sector banks comprising State Bank of India, Bank of Baroda, Punjab National Bank, Central Bank, IDBI Bank and Union Bank have all reported more than 30 per cent rise in net NPAs. For SBI, net NPAs rose to 2.91 per cent from 2.44 per cent in Q2.

However, on a sequential basis, NPAs of the nation's largest lender came down by 39.23 per cent. The rising provisions for bad assets pulled down the net profit of the bank by 35.03 per cent.

And during the first half of this fiscal the CDR books stood at Rs 45,156 crore with 33 accounts going in for recast.
Posted by Accounting & Taxation at 6:21 PM