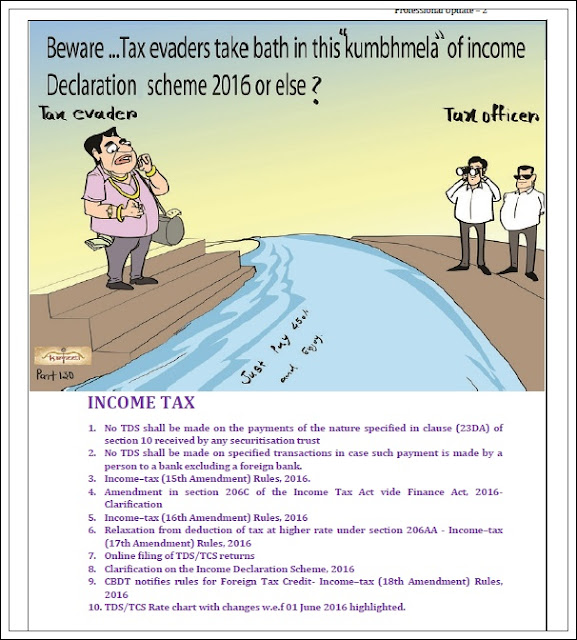 2. No TDS shall be made on specified transactions in case such payment is made by a person to a bank excluding a foreign bank (Notification No. 47/2016 dated 17th June, 2016)
No TDS shall be made on following payments made by any person to a bank listed in the Second Schedule to the Reserve Bank of India Act, 1934 excluding a foreign bank, or to any payment systems company authorized by the Reserve Bank of India under Sub-section (2) of Section 4 of the Payment and Settlement Systems Act, 2007. Payments :-

• bank guarantee commission
• cash management service charges
• depository charges on maintenance of DEMAT accounts
• charges for warehousing services for commodities
• underwriting service charges
• clearing charges (MICR charges) including interchange fee or any other similar charges by whatever name called charged at the time of settlement or for clearing activities under the Payment and Settlement Systems Act, 2007
• credit card or debit card commission for transaction between merchant establishment and acquirer bank

3. Income–tax (15th Amendment) Rules, 2016.
CBDT vide notification dated 20th June, 2016 has amended Rule 114H of the Income Tax Rules, 1962. In order to provide sufficient time to the reporting Financial Institutions for completing the due diligence procedure in respect of other reportable account referred to in Rule 114H (3)(d)(ii), which is high value account as on 31st December, 2015, the timeline specified for review of pre-existing individual account has been extended from 30th June, 2016 to 31st December, 2016. The timeline in case of U.S. reportable account which is low value account as on the 30th June, 2014, shall continue to be 30th June, 2016.

Q. Whether tax collection at source u/s 206C (1D) @ 1% will apply in cases where the sale consideration received is partly in cash and partly in cheque and the cash receipt is les than 2 lakhs.
A. No, Tax collection at source will not be levied if the cash receipt does not exceed two lakh rupees even if the sale consideration exceeds two lakhs rupees.

Also, Provisions of General Anti-Avoidance Rule (GAAR) shall be applicable with effect from 1.4.2017.

In the case of a non-resident, not being a company, or a foreign company (deductee) and not having permanent account number, the provisions of section 206AA shall not apply in respect of payments in the nature of interest, royalty, fees for technical services and payments on transfer of any capital asset, if the deductee furnishes the following details :-

7. Online filing of TDS/TCS returns (Notification 11/2016 dated 22nd June 2016)
Income Tax Department has allowed the  e-filing of  TDS/TCS return on Income Tax e filing site free of  cost. However only original return can be filed. Further Digital signature is must to avail this facility, but now procedure has been changed and now deductor may file return on e-filing site with EVC code.

9. CBDT notifies rules for Foreign Tax Credit- Income–tax (18th Amendment) Rules, 2016
To provide relief to corporates with income abroad, the tax department has notified 'Foreign Tax Credit' rules allowing companies to claim credit for taxes, surcharge and cess paid overseas. The rules, which come into effect from April 1, 2017, allow taxpayers to claim credit of foreign tax under dispute once it is finally settled.

Foreign tax credit (FTC) will be available against tax, surcharge and cess payable under the Act, including minimum alternate tax (MAT) but not in respect of interest, fee or penalty.

The rules also provide that disputed foreign tax will be allowed as credit for the year in which the income is taxed in India, subject to certain conditions.

Taxpayers claiming FTC shall now be required to file a Statement of Income from a foreign country with details of tax paid in the prescribed Form 67.

The Central Board of Direct Taxes (CBDT) has also allowed tax payers to give self-certified statement, giving the nature of income and the amount of foreign tax deducted or paid accompanied with the counterfoil or acknowledgment of taxes paid and/or proof of taxes having been deducted at source, for claiming FTC.

The tax credit, the rule said, "shall be the aggregate of the amounts of credit computed separately for each source of income arising from a particular country or specified territory outside India”. 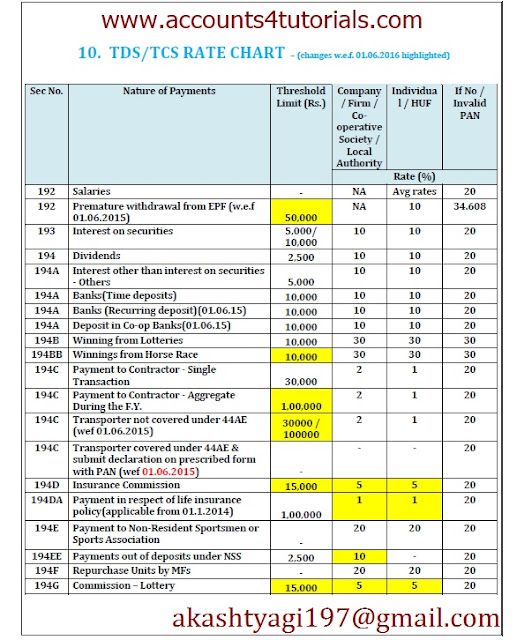 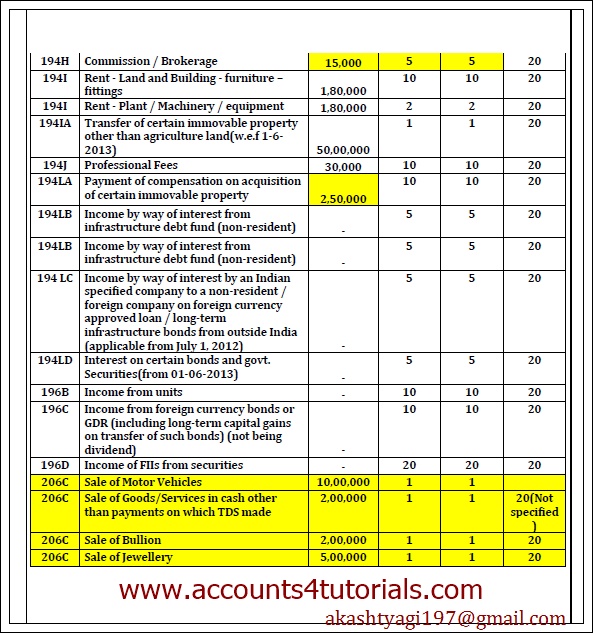 We would be pleased to receive reader’s feedback with any comments, questions or queries, if any at akashtyagi197@gmail.com. Mail us to receive this update via email on time or whatsapp id on 9811755904.