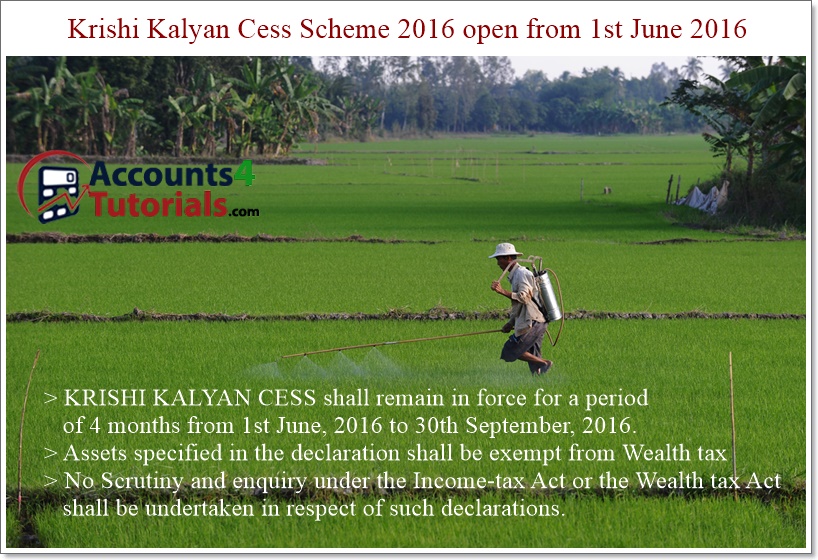 The Income Declaration Scheme, 2016 incorporated as Chapter IX of the Finance Act 2016 provides an opportunity to all persons who have not declared income correctly in earlier years to come forward and declare such undisclosed income(s).

The scheme shall remain in force for a period of 4 months from 1st June, 2016 to 30th September, 2016 for filing of declarations and payments towards taxes, surcharge & penalty must be made latest by 30th November, 2016. Declarations can be filed online or with the jurisdictional Pr. Commissioners of Income-tax across the country.

The full text of the Scheme is available on the departmental website www.incometaxindia.gov.in for viewing. The relevant rules and forms for the same are to be notified shortly.