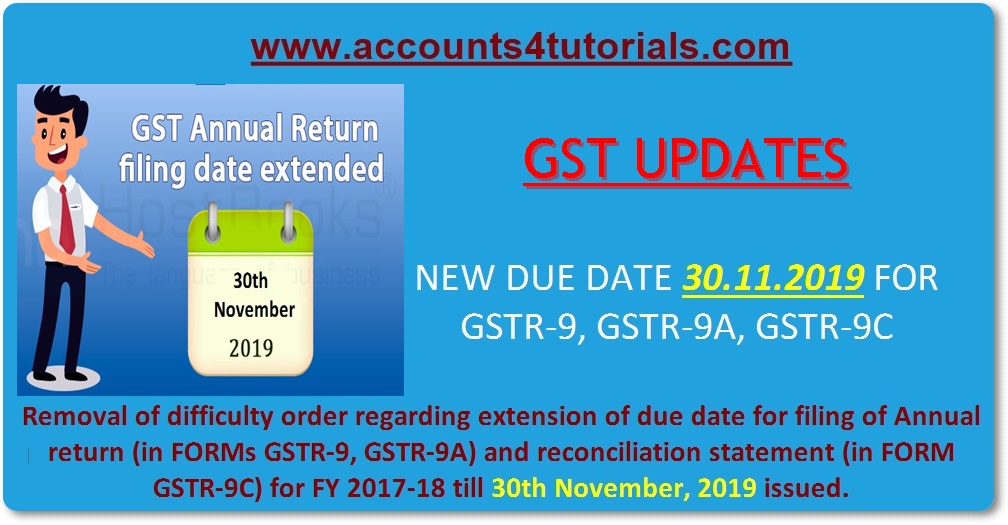 
S.0.(E).-WHEREAS. sub-section (I ) of section 44 of the Central Goods and "Services Tax Act, 2017 ( 12 of 2017) (hereafter in this Order referred to as the said Act) provides that every registered person, other than an Input Service Distributor, a person paying tax under section 51 or section 52, a casual taxable person and a non-resident taxable person. shall furnish an annual return for every financial year electronically in such form and manner as may be prescribed on or before the thity-first day of December following the end of such financial year;"

AND WHEREAS, for the purpose of furnishing of the annual retun electronically for every financial year as referred to in sub-section (I) of section 44 of the said Act. certain technical problems are being faced by the taxpayers as a result whereof. the said annual rctun1 for the period from the 01.07.2017 to the 31.03.2018 could not be furnished by the registered persons, as referred to in the said sub-section (I ) and because of that, certain difficulties have arisen in giving effect to the provisions of the said section."

"NOW, THEREFORE, in the exercise of the powers conferred by section 172 of the Central Goods and Services Tax Act.2017, the Central Government, on recommendations of the Council, hereby makes the following Order. to remove the difficulties, namely:-"

I. Short title - This Order may be called the Central Goods and Services Tax "(Seventh Removal of Difficulties) Order, 2019.