Office of the Commissioner of Commercial taxes, Telangana,Hyderabad. 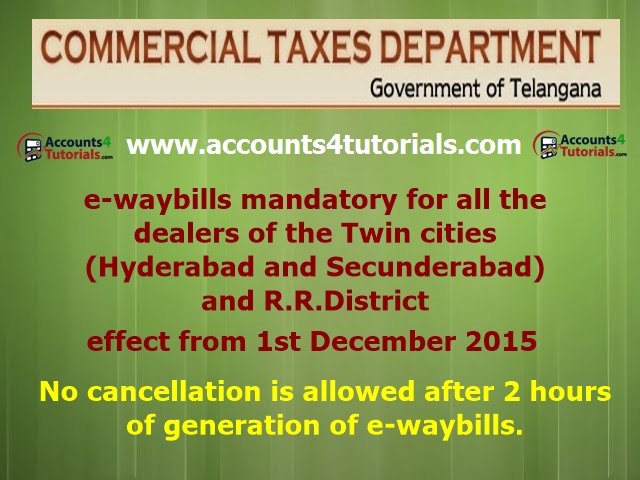 The attention of the officers noted in the margin is invited to the subject and reference cited.

The Dealers are prompted to contact the Commercial Tax Officer/Asst.Commissioner (CT) concerned for approval of the ‘e-waybills’ cancelled by the dealer. The dealers are allowed to generate the ‘e-waybills’ with another invoice number than the invoice mentioned in the cancelled ‘e-waybill’.

The Deputy Commissioners (CT) are requested to monitor this item of work every fortnight to examine proper implementation of circular instructions.