RBI extends the Date for Withdrawal of Pre-2005 Series Banknotes 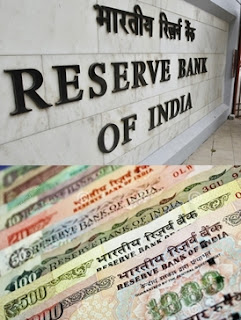 Soliciting cooperation from members of public in withdrawing these banknotes from circulation, the Reserve Bank of India has urged them to deposit the old design notes in their bank accounts or exchange them at a bank branch convenient to them. The Reserve Bank has stated that the notes can be exchanged for their full value. It has also clarified that all such notes continue to remain legal tender.

Explaining the move, the Reserve Bank said that the banknotes in Mahatma Gandhi series have now been in circulation for a decade. A majority of the old banknotes have been withdrawn through bank branches. It has, therefore, decided to withdraw the remaining old design notes from circulation. Not having currency notes in multiple series in circulation at the same time is a standard international practice, the Reserve Bank has pointed out.

The Reserve Bank will continue to monitor and review the process so that the public is not inconvenienced in any manner.
Posted by Accounting & Taxation at 7:02 PM